Note: I must first apologize for the lack of posts lately. I have started teaching AutoCAD for a local community college at night and it has been very demanding of my time. Teaching this class should help me focus on some of the more fundamentals of AutoCAD that I have usually not bothered to post here on the blog. These fundamentals are a good reminder for all drafters at any level so I think that covering these topics will be a good thing. 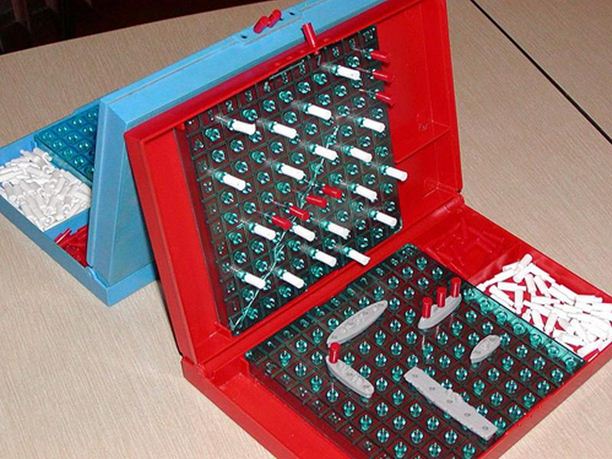 Below is an excerpt from the AutoCAD 2002 user’s guide pg# 176-183
“When a command prompts you for a point, you can use the pointing device to specify a point, or you can enter a value on the command line. You can enter two-dimensional coordinates as either Cartesian (X,Y) or polar coordinates. 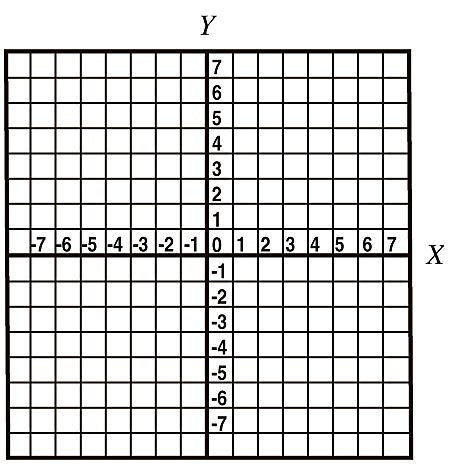 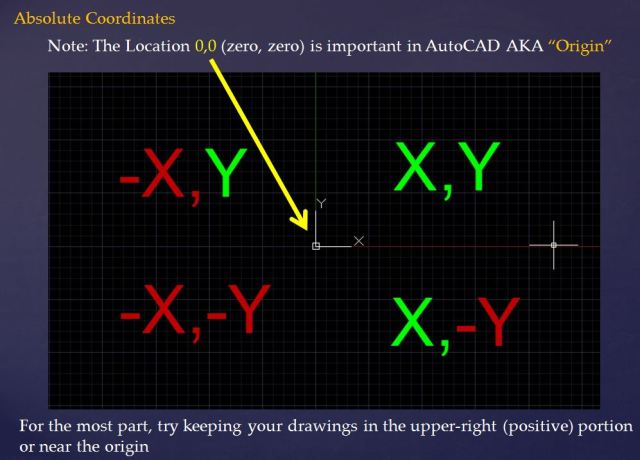 The origin is marked by an object known as the UCS icon UCS = User Coordinate System. This icon can be manipulated (moved and rotated) such that the origin point moves. But for the purposes of learning the basics of coordinates, this post will treat the UCS icon as a static object in a permanent position. Oddly enough, the UCS icon does have permanant position that it can always be re-positioned to. This position is called the “World coordinates.” 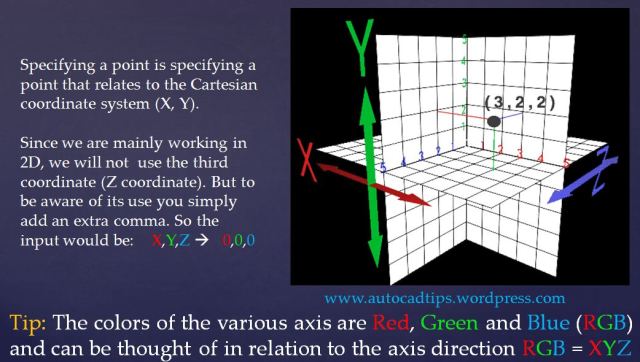 Absolute Coordinates let you type in a specific X and Y location on the construction plane.

Note the all of the Drafting Setting toggles are turned off. this is because when DYN (dynamic input) is turned on it changes how absolute and relative coordinates are entered. 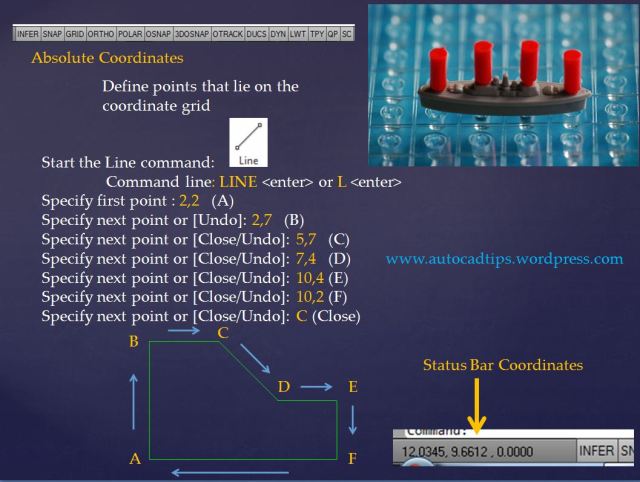 Relative Coordinate entry is simply specifying the next point as it relates to your previously defined point whether you picked a point with the cursor or you entered a specific coordinate. Think of this method as the last point you specified being equal to the coordinate 0,0.
The way that you tell AutoCAD that you want to use relative coordinates is that you prefix the coordinate with the @ symbol. Note that the first point that is specified is an absolute coordinate since there is not a specified previous point.

Note the all of the Drafting Setting toggles are turned off. this is because when DYN (dynamic input) is turned on it changes how absolute and relative coordinates are entered. 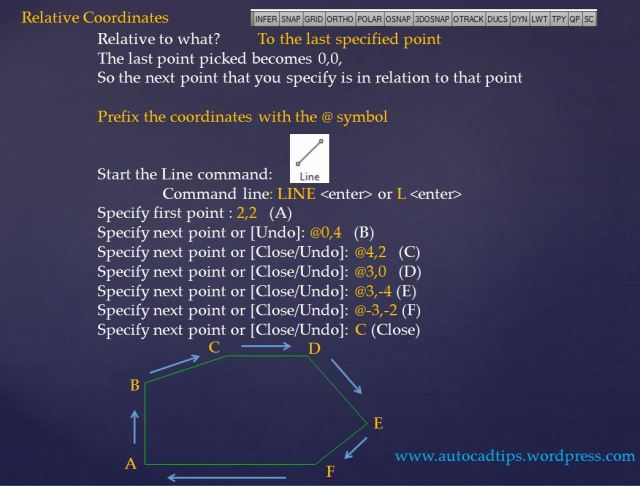 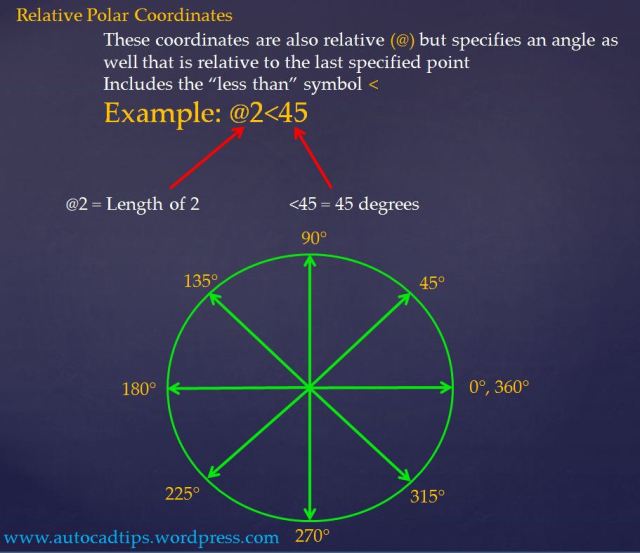 Use the below picture to create the shape that is shown using Relative Polar Coordinate entry. Turn off all toggles in the drafting settings. 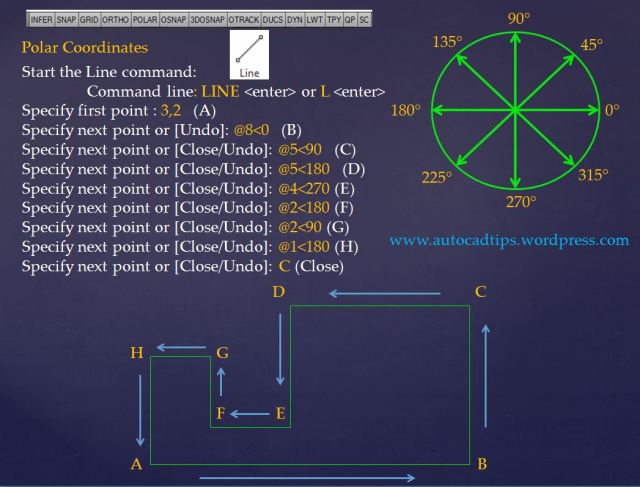 As I have mentioned before each exercise, Dynamic Input when enabled turns your entry method to an automatic Relative Polar method. This is confusing because when DYN is turned on and say that you want to specify the coordinate of 0,0 you will not see anything happen. So in order to force Dynamic input to use Absolute coordinates use the # sign before the coordinates. 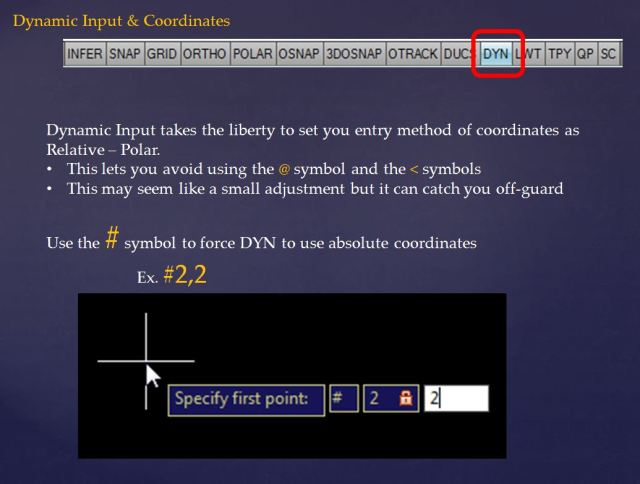 This blog serves as a knowledge base for myself (and anyone else) so that I can reference tips & tricks that I have learned and also refer others to it as well. I hope that this blog helps you learn at least one tip to make your drafting/design experience better.
View all posts by AutoCAD Tips →
This entry was posted in BASICS, Settling In, Uncategorized. Bookmark the permalink.

4 Responses to Intro To Coordinates